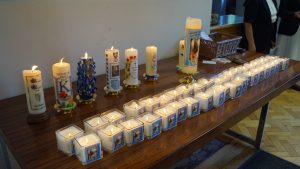 The latest General Chapter took place in 2018, with Sisters from all the Regions coming to the Motherhouse in Hammersmith for the occasion. The General Chapter opened with a Mass service, before the Sisters began their discussions to plan the way forward and to elect a new Superior General and General Councillors, forming the new General Council.

Sister Brenda McCall was elected as the new Superior General, to be assisted by Sister Dominica Cooper, Sister Teresa Walsh, Sister Veronica Kealey and Sister Hannah Dwyer as Councillors. The new General Council will shortly take up their posts, ready to take the Congregation forward in the coming years.